For this album I had the advantage of having seen the band play live many times. So from the start I decided to capture their live interaction on the record. For schedule reasons, they were doing a lot of shows, we did not always have the chance to record everyone simultaneously, but we did as often as we could. For the song 'Waiting for the Man' even the vocals were recorded in the same room as the band; God bless the Shure sm58. 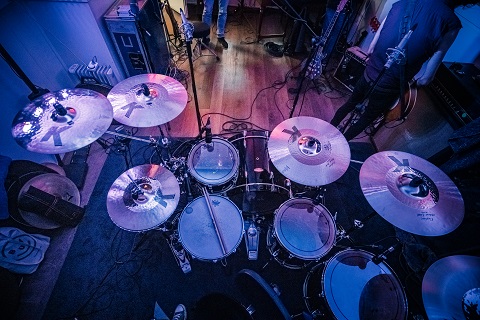 The band gave me a lot of freedom in compiling the overdubs and restructuring the songs. Normally I would make most of these decisions early on in the process together with the artist in the rehearsal room, but I was not involved from the very beginning and there was a certain amount of time pressure. Actually this approach suited the band, because they just want to play with a fresh kind of energy. They felt the splitting of hairs was safe with me :) All the songs were recorded in the band's The Basement Studio except for the first single 'No Time to Lose' which was tracked in the Amsterdam Red Bull Studio you see above and the Music Matrix Studio.

Besides giving a four-star review, Music Maker also wrote an article about the making of the album.