Writersday – Picking Flowers On The Moon

In the third year of my studies at the conservatory of the Hague I wanted to explore the tape machine some more. Sjoerd Hoogma, the man behind Writersday, was one of the first to respond to my post asking who is interested in doing a tape recording. At the time he was in the process of building an analogue studio for himself. A year later I bumped into to him at a show where he was playing and I was doing the sound reinforcement. His studio was now finished and a week later we were working on his song 'You don't really miss me' just for fun. A couple days later Sjoerd asked me to produce the single, which evolved into a series of singles and later formed his first album 'Picking Flowers On The Moon'. We really clicked both musically and mentally, because three albums in and we're still working together. 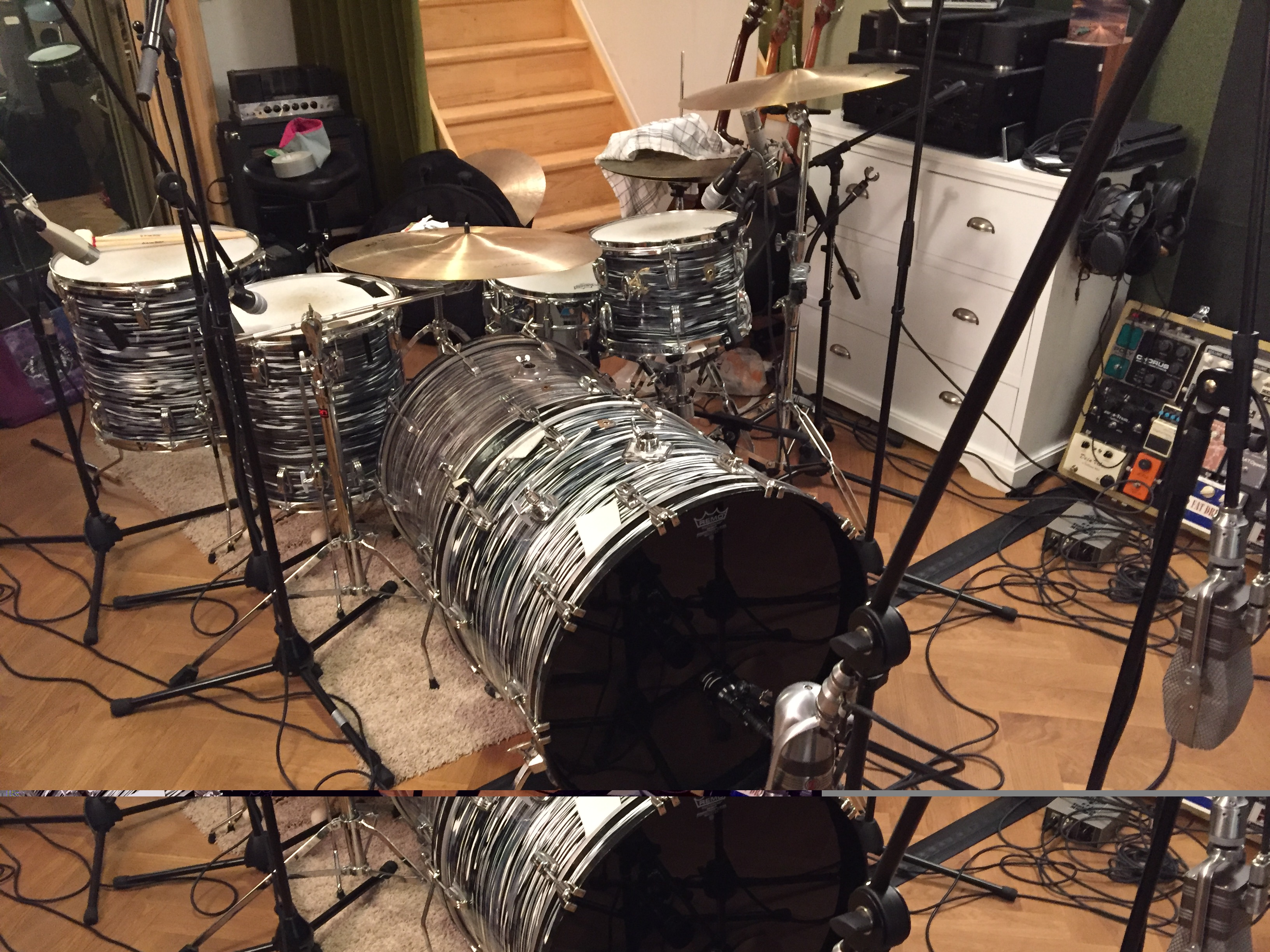 This 'double bass drum' setup was used for the song Falling Angel, because I wanted a long and deep bass drum on that song. It was a great working with drummer Victor Dirks on this album, because he also enjoys making the drum kit sound right for each individual song.